I am in Seattle now, in the atrium of our hotel. K has a social work conference here that started yesterday and ends today. 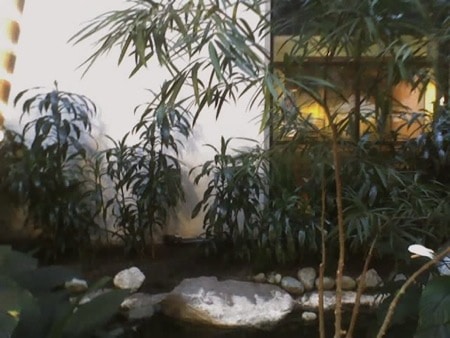 We got here on Sunday and hung out downtown. Met K’s friend for dinner. It was fun. Yesterday I explored Lynwood, which is technically where we are, but I can see why no one seems to want to advertise that fact. Not much going on from what I can tell.

There is a nearby mall with an apple store, which is one of the few things that can get me voluntarily into a mall. I was walking over there and passed right by the convention center where k’s conference was. I had a little fantasy that it was time for her morning break and she would call me. She called about one second later. Gotta love that timing. I stopped in to visit and then headed to the mall.

The mall was huge and sprawling and I instantly hated it, but I managed to find the apple store and spent my whole time there playing with photoshop on a 24″ imac. I ended up making one of the nicest things I’ve ever made in photoshop, probably because I was not thinking at all while I was making it. Unfortunately, I didn’t have a flash drive on me, so it is gone. Maybe I will try to make something like it some day. I remember the process for the most part.

Met K for lunch after that, then back to the hotel. Played warcrack for a little while, but couldn’t concentrate. I was really tired and ended up falling asleep at around 7pm near the beginning of ‘A Prairie Home Companion’. At least K got to see it.

Today, I checked us out at around 11:15, left our bags behind the counter and went to meet k for lunch. It was nice to get to see her and hear about the conference. Stopped at compusa on the way back to the hotel and played on another 24″ imac. Now, I’m at the hotel hanging out in the atrium. There is some nice muzak playing, which thankfully includes some non-xmas music.

I finally had the attention span to play warcraft, but couldn’t because there was a big patch to download and it was going to take 5 hours on the hotel’s relatively slow wireless connection. I decided to do some work, but the information I needed was on my other computer. I really should keep my computers more in sync. I forget how often I use my laptop.

Besides from seeing the kitties, I am not really looking forward to being home. Kind of sucks since that is usually my favorite place to be. There is too much going on. I need to drop my classes and take a break from school until I am feeling better. There is no way I can keep up unless I get a real attention span very soon. Not likely.

There is lots of work to do and much more to come. It is exciting and overwhelming at the same time. The good things are that at least one of the projects will probably involve working with d and that I can spread out the deadlines or, if need be, turn down the jobs where it will be impossible to meet them. I hate to think about turning down jobs, but there is only so much one person can do.

No word about my meds yet. Stupid medi-cal. It sure would be nice to know what is going to happen to my life. I am doing everything I can to make things better, but the truth is that I need to take meds in order to have any kind of a ‘normal’ life. I hate that my life is so dependent on a decision made by some random bureaucrat.